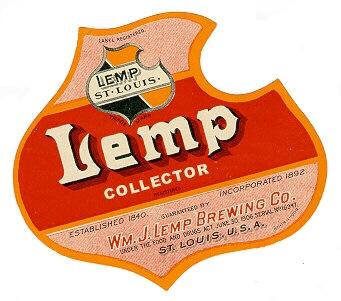 Although there does not seem to be an abundance of styles or scenes associated with Lemp trays, they are nonetheless extremely sought after by collectors.  One problem commonly seen with off-grade Lemp trays is that the paint is very susceptible to flaking and popping off, much more so than with trays for other beer brands of the same era.  I've been told that the reason for this is that the primer coat of paint used during the printing process was of an inferior grade.  Exposure to heat and cold along with fluctuations in humidity levels causes the top layer of paint to expand and contract which leads to cracking, crazing, and the flaking of the paint. 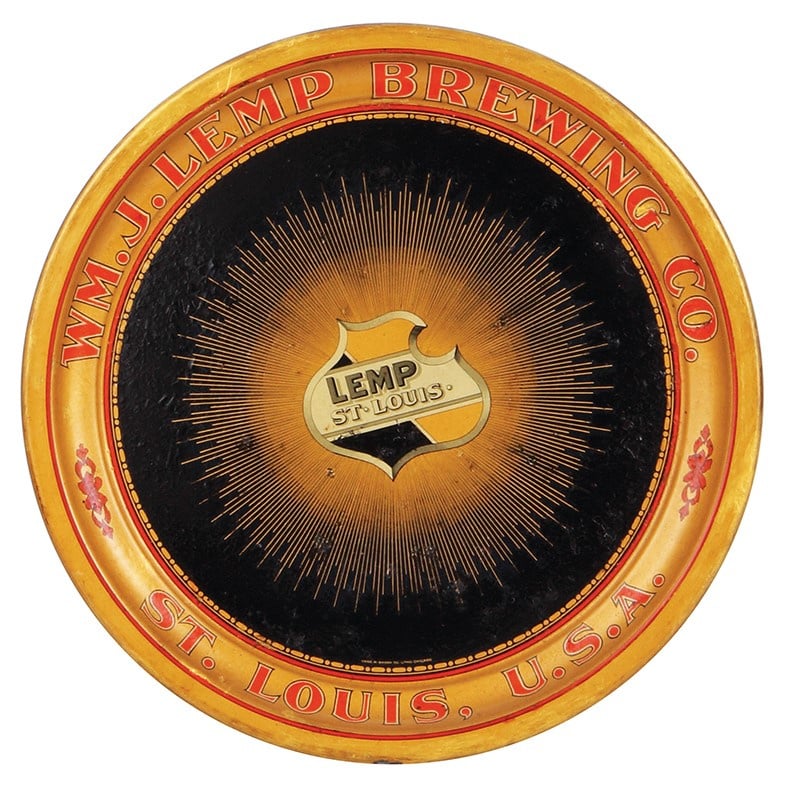 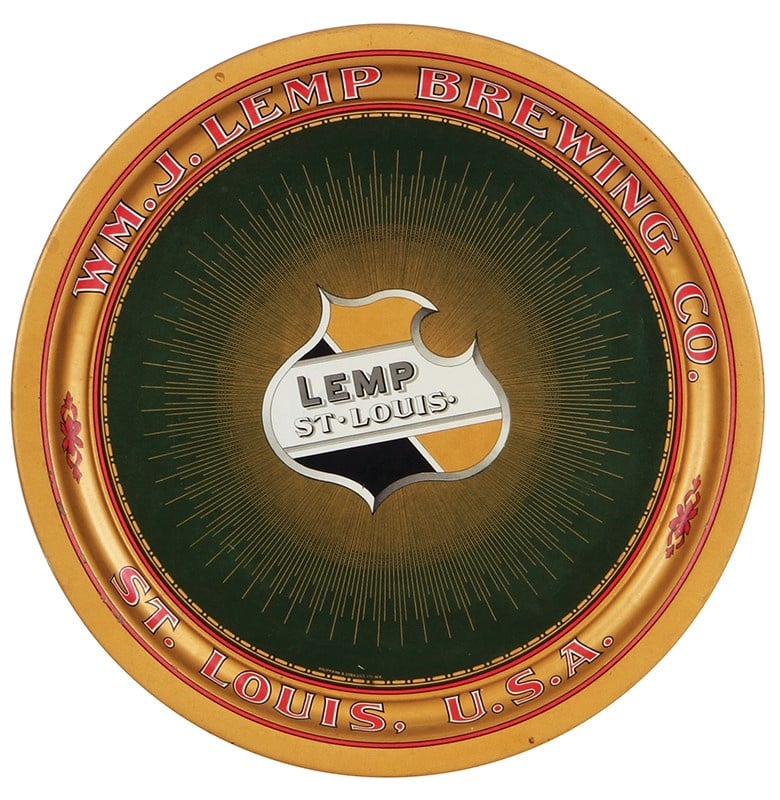 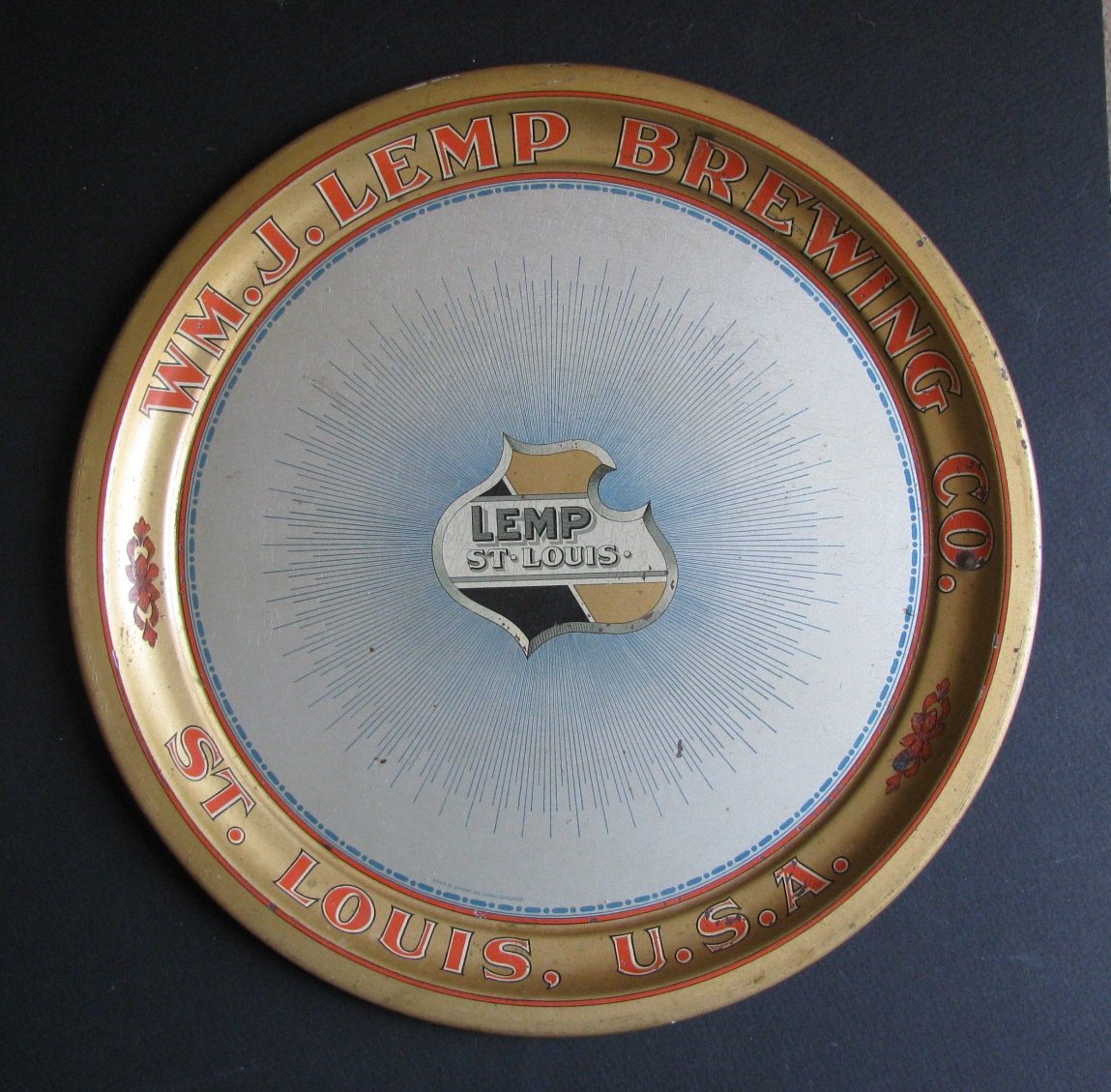 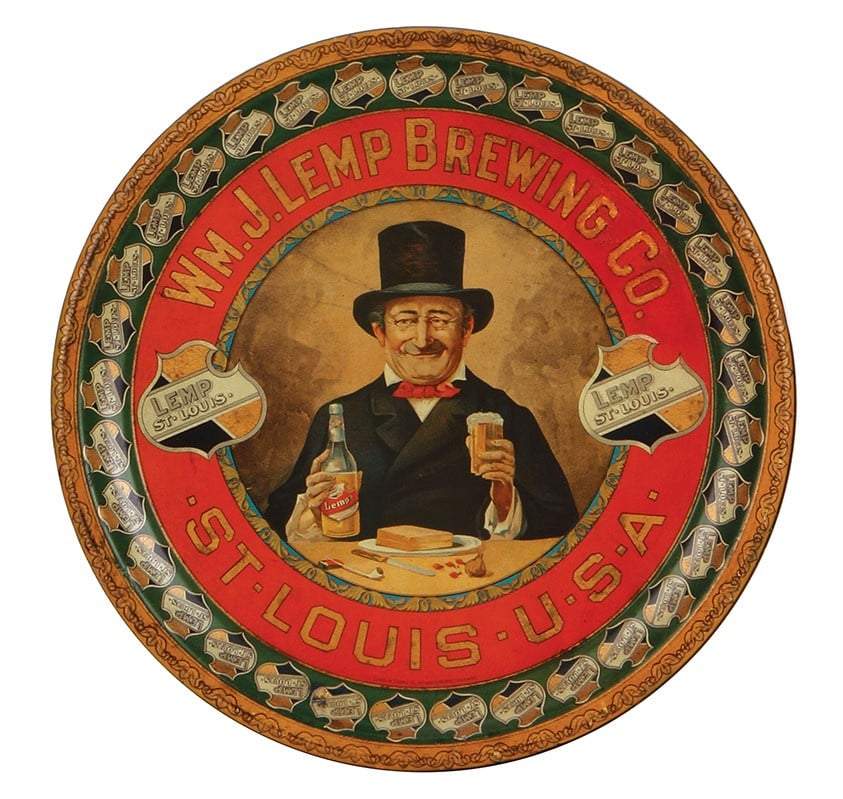 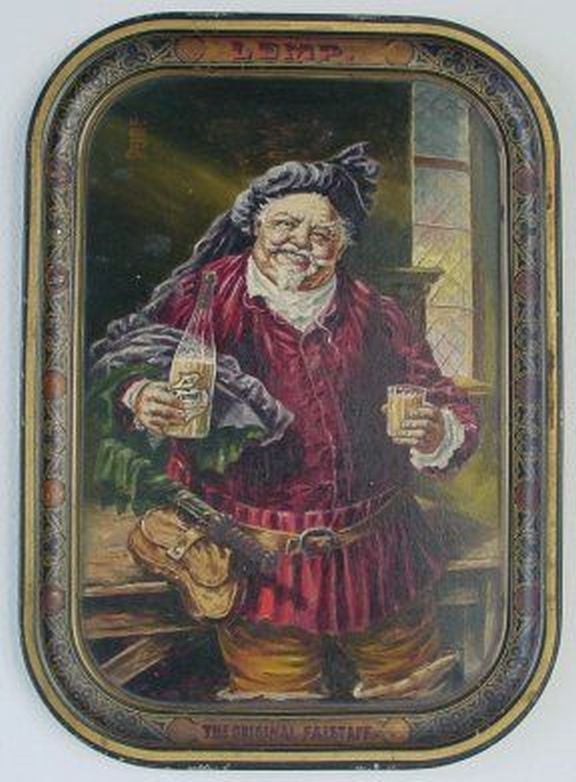